Failed predictions do not come much more spectacular than this. In the early months of 1995, American magazine Newsweek commissioned astronomer Clifford Stoll to deliver his verdict on an innovation that was the talk of the technology world. Under the headline ‘The Internet? Bah!’, he turned his attention to what was then widely referred to as the world wide web and did not so much turn up the heat as blow the whole concept out of the water. 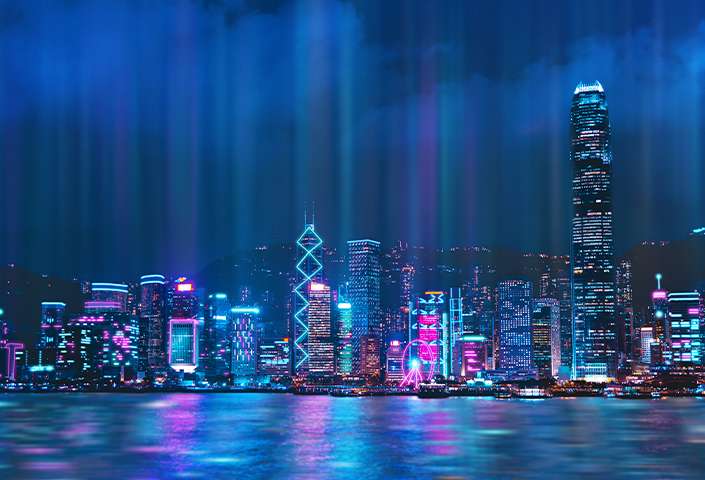 “The truth is no online database will replace your daily newspaper, no CD-ROM can take the place of a competent teacher and no computer network will change the way government works,” Stoll wrote before focusing on the words of another soothsayer. “Nicholas Negroponte, director of the MIT Media Lab, predicts that we’ll soon buy books and newspapers straight over the Internet. Uh, sure.”

Needless to say, it was Negroponte who had the last laugh, with Newsweek ceasing as a print publication in 2012 and transitioning to an all-digital format available “straight over the Internet”.

To be fair, Stoll was not alone in describing the rush to online as “hype.” Various experts failed to appreciate the scale of the revolution bearing down on society, none more so than a man who helped pioneer one of the key technologies that make up the internet. In the early 1970s, engineer Robert Metcalfe co-founded Ethernet, a standard for connecting computers over short distances, but he gave the world wide web a 12-month life expectancy in the wake of it becoming publicly available.

“I predict the Internet will soon go spectacularly supernova and in 1996 catastrophically collapse,” he told InfoWorld in 1995. To his credit, Metcalfe was quick to realize he spoke too soon and only two years later literally ate his words at the sixth International World Wide Web Conference when he blended a copy of his column with water and consumed the ‘smoothie’ with a spoon.

Now we are not here to shame people who missed the mark with their tech predictions. Legendary actor Charlie Chaplin has nothing to fear for saying “cinema is little more than a fad” in 1916. Likewise, 20th Century Fox movie producer Daryl Zanuck who in 1946 declared: “Television won’t last because people will soon get tired of staring at a plywood box every night.”

Rather it is to highlight how difficult it is for experts to know which technologies are going to sweep the world, let alone the ordinary person on the street. In hindsight, it seems obvious the internet was going to be a game-changer but the online world we know today is different to the one Stoll and Metcalfe were looking at in the 1990s. For those of us old enough to remember the early years of the world wide web, it was a vague concept that was difficult to understand and seemed unlikely to affect anyone other than tech boffins and futurists.

This sounds a lot like another concept that is starting to be talked about more and more outside the computer labs in which it was conceived. We speak, of course, of the metaverse and this is a comprehensive guide to what it is, how companies are benefiting from it and the role outsourcing is set to play in driving its growth.

What is the metaverse?

There is a reason most people struggle to get their heads around the metaverse – it is so difficult to define. A Google search will lead to a plethora of articles that each have their own way of encapsulating a concept that is hard to encapsulate. Wired suggests that is because “the metaverse is still being built and it’s too new to define what it means” and draws a parallel with the internet of the 1970s when “not every idea of what that would eventually look like was true.”

The word ‘metaverse’ was actually born in fiction, with author Neal Stephenson using the term to describe a 3D virtual world in his 1992 novel Snow Crash. Today the term is used loosely to capture any number of concepts but can basically be viewed as a place parallel to the physical world where people spend their digital lives. Combining the functionalities of augmented reality (AR), virtual reality (VR), blockchain and social media, the metaverse is where people – represented by their avatars - can gather simultaneously, talk and mingle, and do activities without leaving their homes.

And while that may seem like a trivial pursuit for some and nonsense for others, there is no doubt technology companies are looking at the metaverse and seeing massive potential. With an expected boom in online 3D environments, more users are going to be stepping into the digital world to visit new locations, conduct business, and, crucially, spend real dollars. Experts are envisioning a bold new digital economy where users will want to customize their avatars, buy accessories and even purchase experiences and services within the metaverse.

Why is the metaverse popular?

Consumers are attracted to the metaverse’s enhanced entertainment experiences and the ability to represent themselves in more creative ways. Companies are enticed by the prospect of exciting investment opportunities to be had. Employers envisage a world where VR capabilities help staff transition to hybrid work and allow remote employees to enjoy similar engagement and access as in-office colleagues. No matter which way you look at it, the metaverse is shaping as the next major online destination where people gather, interact, shop, play and work.

An example of its allure was seen during the COVID-19 pandemic when many people forced into lockdowns and work-from-home arrangements saw it as a chance to continue ‘living’. Via their avatars, they were able to meet their friends, attend 3D virtual concerts and shop using crypto currency. Critically, they were also able to find alternate forms of income.

This was never more so than in the Philippines where unemployment soared to 17.6% in April 2020. The metaverse offered the newly unemployed the chance to tap into ‘play-to-earn’ games such as Axie Infinity where players trade, breed and fight digital creatures and earn money when they win battles. The nation recorded the highest number of daily active players across the globe (40%), with some earning as much as U.S. $675 per month in a country where the minimum monthly wage is U.S. $170.

The Philippines’ embrace of Axie Infinity and similar online worlds has led to the concept of the MFW (Metaverse Filipino Worker), a career that is within reach of anyone with a smartphone and internet connection. Work from home. Be your own boss. Climb the ladder to leadership positions through a combination of dedication and skill. Most of all, it is an excellent example of how a developing nation is finding once unheard-of ways to join the global digital economy.

What companies are in the metaverse?

Online stamps of approval do not come bigger than Facebook founder Mark Zuckerberg, which is why the tech world took a lot of notice in late 2021 when he announced the company would be expanding its ambitions to “effectively transition from people seeing us as primarily being a social media company to being a metaverse company.” Along with renaming his overarching company Meta, he declared he was investing in building the world’s fastest AI supercomputer to achieve his metaverse ambitions.

Zuckerberg is not alone in being excited by the potential of a digital world that is effectively infinite in scope. Major retail firms such as Nike and Adidas have bought ‘stores’ in virtual worlds like the Hong Kong Sandbox and Ceek, while gaming companies are building what they term metaverse ‘real estate.’

Meanwhile, tech giants such as Microsoft and Meta are working on building the infrastructure to create better virtual worlds. Along with the likes of Nvidia, Unity, Roblox and smaller start-ups, they are creating the tech needed to interact with the metaverse and ensure that the worlds within it more closely represent our physical life. The fact such huge global corporations have committed to the metaverse is a sure sign the metaverse is not just a passing fad but a real opportunity for ambitious organizations.

What role does metaverse outsourcing play?

Befitting a virtual world, the growth of the metaverse will be underpinned by the efforts of technology service providers. Just as the internet had to be a seamless experience before being embraced by the everyday consumer, there needs to be a commitment to building an online environment that is fluid and engaging. Needless to say, that is going to require a huge amount of online infrastructure and technological expertise.

Amid such heightened activity, metaverse tech companies will be looking to quality outsourcing providers to help meet demand and increase efficiencies in a cost-effective manner. From researching and designing digital environments to providing tech and administrative support, offshore specialists can play a vital role in supporting in-house teams to optimize their metaverse offerings.

This is evidenced by the rising demand for metaverse staff in outsourcing hotspots such as the Philippines. Enticed by the attractive combination of highly qualified candidates and labor cost savings of up to 70% due to a lower cost of living, many tech companies are already tapping into the nation’s extensive workforce to help meet their metaverse needs. This includes roles such as:

More importantly, metaverse outsourcing options will expand as the digital world evolves and the day is fast approaching when offshore providers will likely be able to provide support such as metaverse planners, ecosystem developers, ‘world’ builders, metaverse tour guides and storytellers.

The sky is the limit …

Just as it was for the internet of the 1990s, the sky is the limit for the metaverse. It may be difficult to define and even more challenging to comprehend but companies that refuse to explore the concept are not only doing themselves a disservice but risk being felt behind by their more forward-thinking competitors. Clifford Stoll made the mistake of dismissing the world wide web in 1995 but, as a Newsweek commentator, he only ended up eating humble pie. There are much greater repercussions for organizations that fail to acknowledge that today’s great idea may prove to be tomorrow’s way of life.

The Blockchain boom is another modern phenomenon that is set to get bigger, although labor shortages are putting strain on companies wanting to step up their development programs. Learn why an increasing number of savvy businesses are turning to outsourcing in their blockchain quest.

The complete guide to outsourcing IT services

Corporate giants Google, Nike, Facebook, IBM and Coca-Cola have many things in common. They are all multi-billion-dollar companies. They each employ..

The complete guide to FinTech outsourcing

The FinTech industry has been thriving thanks to its ability to leverage digital transformation to offer regular financial services at a lower cost...

The impact of AI on business

Jump straight to the statistics summary