Digitalization has been defined as “the use of digital technologies to transform a business model” - but when it comes to it's impact on banking’s business model, transformation does not seem a strong enough word. Seemingly in the blink of an eye, people have gone from being amazed that they can access cash from an ATM (“you don’t even have to enter the branch”) to barely batting an eyelid at being able to use a smartphone to trade cryptocurrency while sitting on a bus. Terms that had barely been heard of a few years ago - think blockchain, digital wallets and FinTech - now dominate the banking and finance conversation. 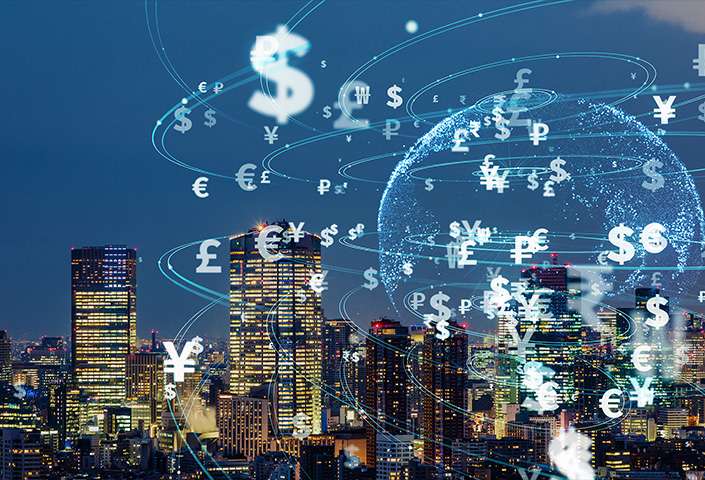 The big question is what happens next and, given the nature of technology, one certainty is more change. Just as time waits for no man, the digitalization wave cannot be stopped and many traditional big banks have finally realized it is a case of get onboard or risk being left behind. While FinTech and neobank entrepreneurs have a short but proud history of pushing the digital edge, some legacy players have been slower out of the blocks and are now rushing to meet the needs of tech-savvy consumers who consider online banking not just one option but all they know and want.

Of course, no analysis of the digitalization of banking can be conducted without reflecting on the impact of the COVID-19 pandemic. Few factors have accelerated wider society’s adoption of digital banking than the prolonged lockdowns of 2020-21, with once-hesitant consumers quickly switching to – and, more importantly, staying with – digital banking options.

This was highlighted by financial giant JP Morgan Chase & Co, which found the number of consumers using its digital solutions rose 6% year on year in the third quarter of 2020 and those using its mobile app soared 10%. Additional research reinforces that a new generation of digital banking consumers is emerging in the post-COVID era, with about a third of retail banking customers intending to increase their use of online and mobile services post-pandemic and only 46% planning to return to ‘banking as usual’.

With so much transformation happening across the financial landscape, it is easy to lose sight of the key digital banking trends likely to impact the sector in the coming year. For that reason, we have compiled this definitive list about all things banking digitalization, online innovation and AI.

Just as financial institutions are embracing digitalization to enhance their prospects of attracting and retaining customers, an increasing number are turning to external providers to assist with that goal. Outsourcing is a resourcing strategy that sees an organization’s tasks completed by third-party team members in another location. Between core banking activities, back-end processes and IT functions, the banking industry has many of the repetitive and time-consuming tasks that best lend themselves to outsourcing.

That much is obvious from the fact almost 80% of retail banks already outsource at least one part of their business operations, with the pressure to reduce costs and drive efficiencies a key driver in their decision. Valued at $85 billion in 2020, the global BFSI (Banking, Financial Services and Insurance) outsourcing market is projected to reach almost $175 billion by 2028 as more businesses take advantage of the numerous benefits of outsourcing in the banking industry, including:

The days of people solely associating outsourcing with call center agents and data entry specialists are long gone. Befitting a dynamic, growth industry, there are numerous outsourcing job roles that would enhance a bank’s digitalization goals including:

Finding the balance between managing costs, supporting growth and keeping staff morale high can be a challenge in the financial sector. Discover how a Canadian payment provider used offshoring in the Philippines to almost quadruple its full-time workforce in a cost-effective manner, all while maintaining high levels of staff morale and retention.

It would be fair to say that data entry is not considered the most glamorous of career options. In a world where children increasingly want to grow..

How to combat candidate ghosting

In society, the term ‘ghosting’ is best associated with the concept of someone suddenly withdrawing communications without any explanation. Now, this..

Bob Aronson said it best. In a lengthy and storied career that saw him work as a broadcast journalist and communications director for a state..